This year our world travels brought us to explore this beautiful country, here are some of the things we noticed about the Bahamas!

Keep in mind that The Bahamas, also known as the Commonwealth of the Bahamas, is an archipelagic state made of more than 700 islands in the Atlantic Ocean. Of course, it is impossible to visit every island in one trip! For the time being, we had to limit ourselves only to two, but there was plenty to do and see. 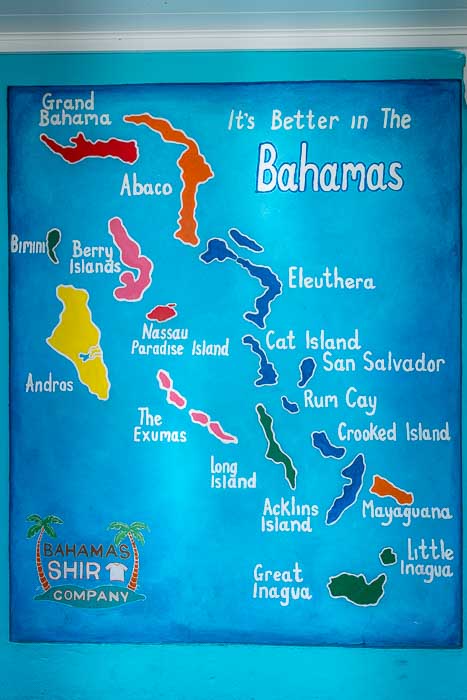 For this trip, we opted for Airbnb. Our hosts told us that it is becoming very popular around here. However, Nassau has also many resorts and big hotels to pick from. It depends entirely on one’s budget and how they prefer traveling.

In our case, we like to have a full kitchen and at least a couple of bedrooms without going bankrupt. But most of all we love to understand a bit more about the place we are visiting. So when we are staying in a house sometimes it is easier to have direct contact with locals. For example, our rental in Nassau was next to the host’s house. They were very friendly, picked us up at the airport, helped us get organized and our kids also played together. However, the house in Exuma was more isolated. Anyway, we had a chance to enjoy a beautiful spot on the beach all to ourselves. 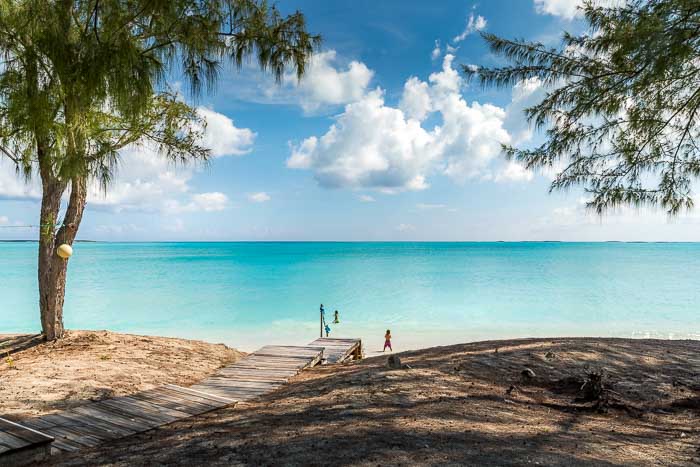 Remember you are on an island. Depending on which you are visiting, you will have more or less access to a wider food selection. What doesn’t vary is the fact that prices are pretty steep! In Nassau, there were at least 2 big grocery stores or maybe more. However, in Exuma, there was only one and with less variety of products to pick from. Any way you can find lots of tiny convenience stores but prices might be even more expensive.

Another aspect to keep in mind is opening/closing times and days. When we arrived at Exuma it was late and the next day was Sunday. The grocery store opened only from 8 to 11 am on Sundays and we had no idea! We were able to go to a convenience store and buy just a few things. We learned our lesson! 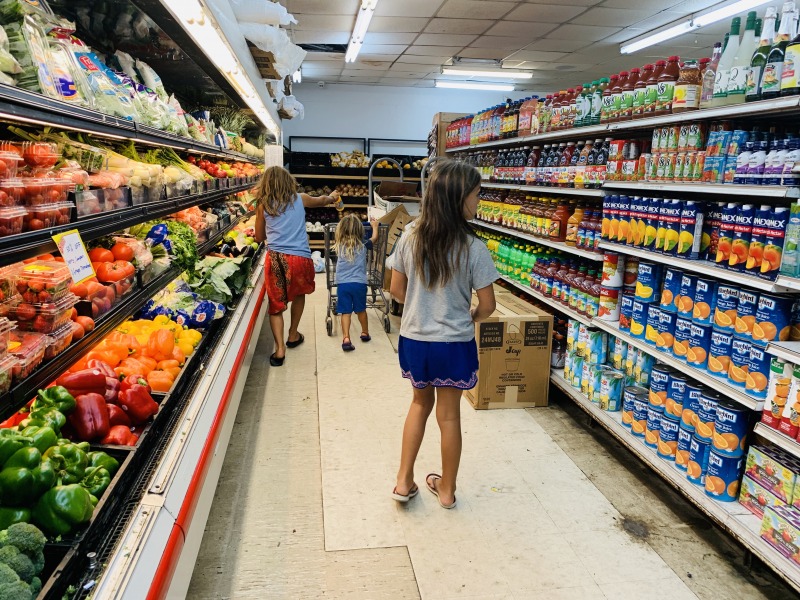 If you like to explore also if it is a tiny island, you need a car! Taxies were pretty pricey for just a couple of hours. Keep in mind that they drive on the right-hand side, however for tourists, they rent regular cars, so it can be even more challenging!

On some islands, you will find well known rental car companies like Avis and Budget. On others, there are only local companies. Some have good websites to navigate beforehand otherwise you will have to see what they have once you get there. Keep in mind that they have closing times and days too! When we arrived in Exuma it was almost 8 pm and Mass ran to the rental company who was just about to close. The funny thing was that they knew we were on that flight, our car was booked and paid beforehand, but they were not going to wait for us! 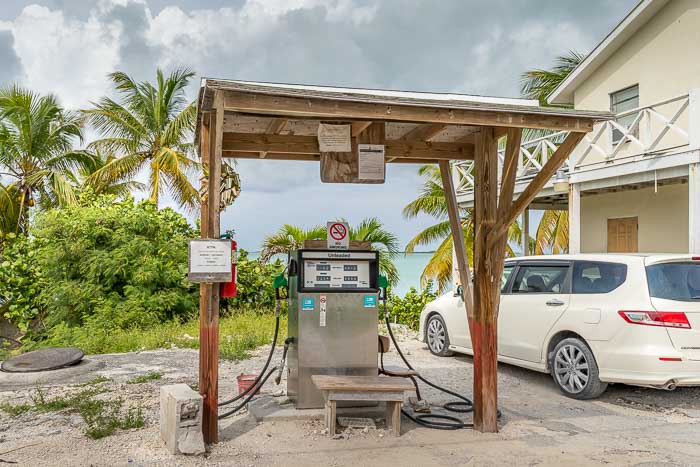 During our stay in the Bahamas, we didn’t have as much contact with locals as we did in other countries. Other than chatting with our hosts, the guide at the museum, and a few more people we met in different situations, it was harder to strike a conversation. We wondered if it was due to the history that still causes pain to these communities. Especially in Nassau, we were under the impression that people simply do tourist attractions and then spend time in the fancy hotels or come off a ship for a few hours so there really isn’t any interest in interacting more.

Unfortunately, this makes it a misconception for those few foreigners that would love to make a deeper connection with the local community. We felt that we were missing out on this side of our new country exploration and this was unfortunate.

During our stay on the islands, we didn’t plan much. We decided to take it slow and enjoy the beach. Explore by simply driving around and stopping when we found something interesting.

However, there was one activity that we could not miss since it was on Emma’s bucket list: swim with the pigs! I have a whole post dedicated to this Hanging out with the Bahamas swimming pigs and our thoughts about it. Of course, once you are on the boat you make also other stops along the way, so it is a full day and lots of fun. Usually, this type of tour is very busy at every stop, but we were visiting the Bahamas right after hurricane Dorian so there weren’t many people anywhere. 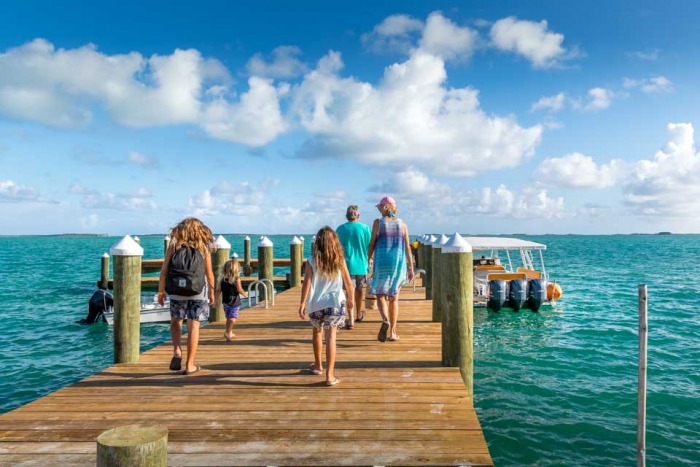 A bit of history

While we were in Nassau we stopped to see their museum and the gentleman working there gave us a whole history lesson about the Bahamas, which quite honestly I didn’t know enough about so it was truly enlightening.

At least 500 years prior to the Europeans’ arrival to the Bahamas, the islands were inhabited by the Lucayans who were descendants of the Arawak Indians. In 1492 Christopher Columbus arrived at a small island called Guanahani by the Lucayans, which he named San Salvador. The Spanish obtained the dominion of the islands and shipped the natives to slavery leaving the Bahama islands mostly deserted. 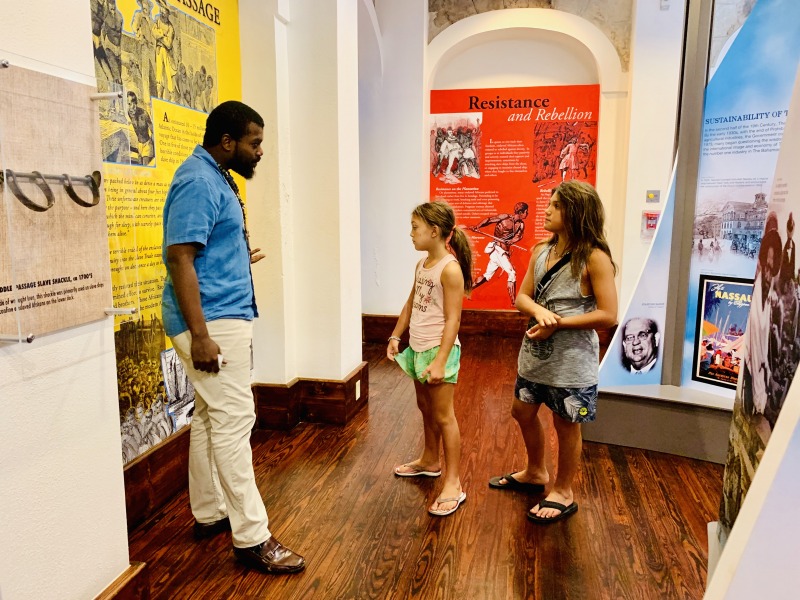 In 1671 a census was taken for the first time in the Bahamas. There were 1097 inhabitants of which 443 were slaves. They were brought from Africa to work on the British plantations of cotton, tobacco, and sugar cane. In 1718 the Bahamas became a British colony. However, most British settlers left the island, which became open to the pirates’ attacks. Many of whom settled on the islands and remained for years.

By the beginning of 1800, the number of slaves rose to over 12,000. With time the social system of Bahamas began to change, eliminating slave trading in 1807 and slave emancipation in 1834. During this time education was introduced. Finally, in 1963 the British Government granted the Bahamas its own government. The Bahamas received total independence in 1973.

By the time we walked out of the museum, we were all stunned by what we learned. What I’m summarizing here is just a short account of all the suffering and difficulties that these people had to endure to finally reach independence.

This is the capital of The Commonwealth of the Bahamas.  As the population of Nassau grew, so did its populated areas. After the British abolished the international slave trade in 1807, they resettled thousands of Africans liberated from slave ships on New Providence, along with other islands such as Grand Bahama, Exuma, Abaco, and Inagua.

We spent a day exploring the downtown area, with all the shops, the walk along the dock to see the huge cruise ships, and some learning time at the history museum, which enlightened us on the history of the Bahamas. We also ventured up the queen steps to go see the view from the fort! 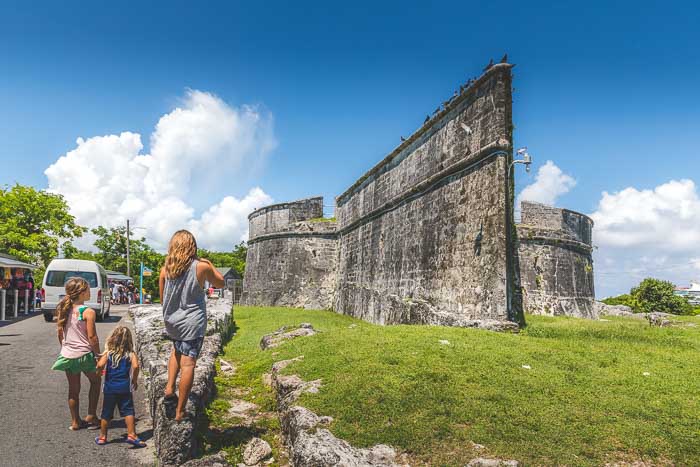 Of course, during our stay here we also spent time at the beach. Two, in particular, were recommended to us by our host: 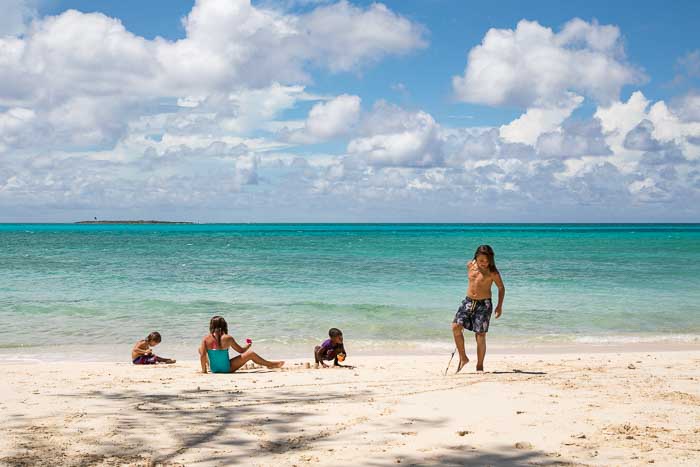 The Exumas are an archipelago of 365 cays and islands. The islands are divided into three major areas—Great Exuma, Little Exuma, and The Exuma Cays. Each one offers its own unique experience. Great Exuma and Little Exuma are known for their laidback surroundings and lovely beaches, while The Exuma Cays are a paradise for the rich and famous who own little islands with luxury villas.

We stayed in Great Exuma which is a much smaller island than Nassau. You can drive from one end to the other in a couple of hours. Along the way, there are lovely white sandy beaches with crystal clear water. Most people rent boats or take day tours around the island or to other islands so they can enjoy beautiful spots for swimming. 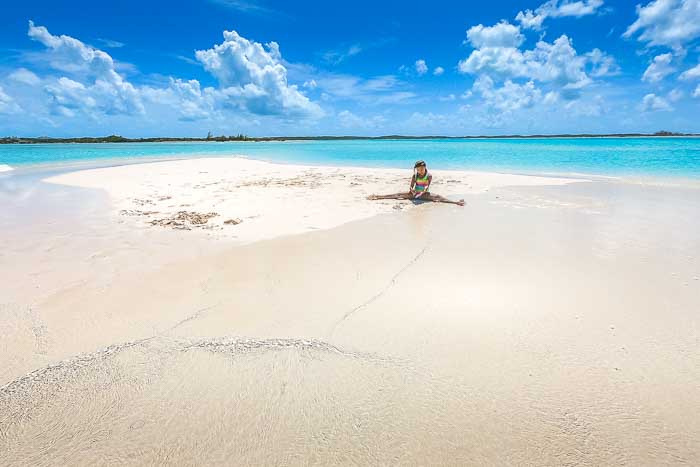 We didn’t spend nearly enough time in the Bahamas. There were so many more islands to visit and beaches to enjoy. However, it wasn’t a very good time for the communities there since we arrived right after hurricane Dorian hit some of the islands. We didn’t witness the destruction it caused on some of the islands but we were glad that our presence there in someway maintained a bit of tourism that usually after this type of event becomes scarce due to fear.

The Bahamas have so much to offer. The environment is stunning, the water is crystal clear and the beaches feel like infinite. However, we had some crazy weather during our stay too, beautiful sunny days mixed to scary stormy ones. It is all part of the adventure, but it is also what makes you understand how people live on these islands and how powerful nature can be.

We would love to return one day and dig deeper into the local culture to find that connection that we feel we missed on this first trip.

Click here to see more of our posts from our travels in the Bahamas!!!

For our stay in both islands we used Airbnb,  you will get a discount by using this link to join now! 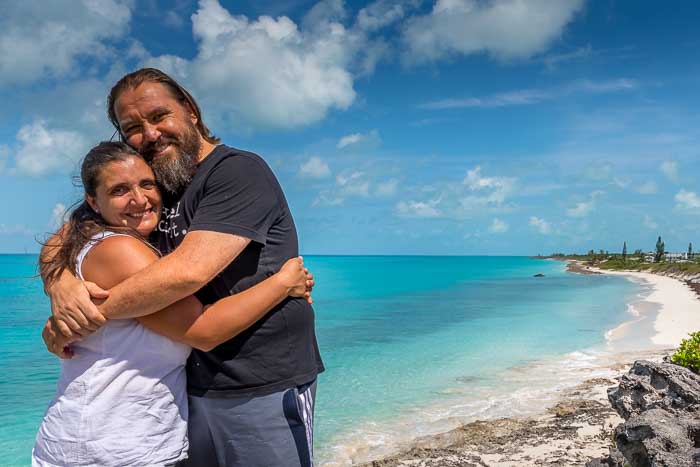 3 thoughts on “Have you noticed…. the Bahamas”